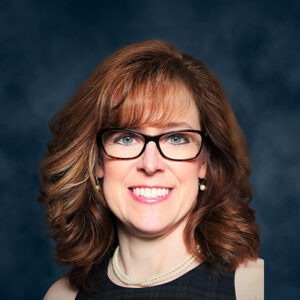 About Jill
A co-founder of Cognigen in 1992, Jill has over 25 years of CRO experience assisting companies with the strategic design and implementation of pharmacometric modeling and simulation approaches in new drug development programs.

She is an Adjunct Professor of Pharmaceutical Sciences at the University at Buffalo (SUNY Buffalo), where she teaches workshops and a graduate course in population PK/PD modeling. Jill co-authored an introductory pharmacometrics textbook entitled Introduction to Population PK/PD Analysis with Nonlinear Mixed Effects Models in conjunction with Dr. Joel Owen.

She has also published numerous scientific papers in peer-reviewed journals, has presented at national and international symposia, and has held leadership positions in organizations such as the East Coast Population Analysis Group, the Population PK/PD Focus Group of the American Association of Pharmaceutical Scientists, and recently served a 3-year term on the ASCPT Board of Directors. In 2016, she was named a Fellow of ISoP, the International Society of Pharmacometrics.