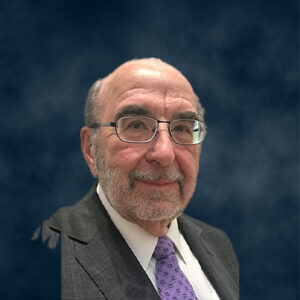 About William
Dr. Jusko is SUNY Distinguished Professor & former Chair of Pharmaceutical Sciences at the University of Buffalo. He received his BS in Pharmacy (1965) and PhD (1970) degrees from Buffalo. He then was a Clinical Pharmacologist at the Boston VA Hospital and Assistant Professor of Pharmacology at Boston University. He returned to Buffalo in 1972 as Director of the Clinical Pharmacokinetics Laboratory and Assistant Professor. He received the Doctor Honoris Causae from the Jagiellonian University in Poland (1987) and from the University of Paris Descartes (2015), and has many other awards including the 2018 Oscar B Hunter Career Award from ASCPT. He is a Fellow of several societies, serves on the Editorial Boards of 7 journals, and is former Editor-in-Chief of JPKPD. His research covers clinical, basic, and theoretical PK/PD of diverse drugs, particularly immunosuppressants, anti-diabetics, anti-cancer drugs, and antibodies with over 600 publications.

Dr. Jusko has research interests in theoretical, basic, and clinical aspects of the pharmacokinetics and pharmacodynamics of various immunosuppressive agents including corticosteroids, as well as drugs used to treat diabetes, inflammation, and cancer. With Drs. Richard Almon and Debra DuBois, Dr. Jusko delves into the pharmacogenomics of diverse effects of corticosteroids and has evolved advanced mathematical models of receptor/gene-mediated responses. They have characterized the effects of corticosteroids on hepatic and muscle enzymes and tissue responses and have evolved advanced PK/PD models for cascade-type processes. Dr. Jusko has developed mechanism-based pharmacokinetic, pharmacodynamic, and disease progression models and computational methods describing the action of various drugs and utilizes mathematical models of drug action to determine optimal dosage regimens diverse drugs.