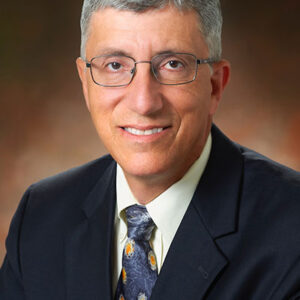 Since he retired from Merck in 2019, he is currently an Adjunct Professor within the Department of Pharmacotherapy and Experimental Therapeutics, University of North Carolina, Chapel Hill. He also serves on the Leadership Team of the HESI eSTAR Carcinogenomics Project, and he consults or sits on the Scientific Advisory Boards for several companies. Before Merck, he was employed for 15 years in several leadership and management positions with the laboratory research component of the Food and Drug Administration’s Center for Drug Evaluation and Research.

Dr. Sistare is a retired Captain from the Public Health Service (PHS) Commissioned Corps. He is a recipient of the Merck Presidential Fellowship Award. He has received several PHS Unit Commendations, and PHS Meritorious Service, Commendation and Achievement Awards, and CDER and FDA awards for excellence in laboratory research.

Frank earned his BS in Pharmacy from the University of Rhode Island, his Ph.D. in Pharmacology at the University of Virginia. He was awarded a postdoctoral PRAT Fellowship at the National Institutes of Health. He has served as President of the Regulatory and Safety Evaluation Specialty Section of the Society of Toxicology and as Co-Director of the Critical Path Institute’s Predictive Safety Testing Consortium (PSTC), Co-Chair of the PSTC Nephrotoxicity Biomarker Working Group, Chairperson of the FNIH Biomarker Consortium’s Clinical Kidney Safety Biomarker Qualification Project Team, Chairperson of the PhRMA Clinical and Preclinical Development Committee’s Carcinogenicity Key Issue Working Group, and Rapporteur of the International Conference on Harmonization S1 Carcinogenicity Expert Working Group.