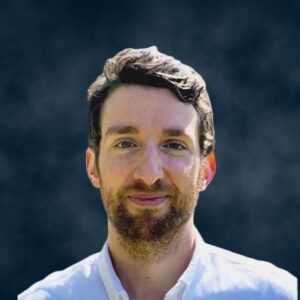 About James
Dr. Beaudoin joined DILIsym Services, Inc., in 2020. He is involved in the ongoing development of the DILIsym modeling software, particularly the bile acid and cholestatic liver injury sub-models. He is also engaged in proprietary consulting projects including model development, simulations, and data analysis.

He received his Ph.D. in Pharmaceutical Sciences from the University of North Carolina at Chapel Hill. His dissertation research focused on in vitro and modeling approaches to investigate mechanisms of DILI. Prior to his graduate training, he was a Data Coordinator II for the National NeuroAIDS Tissue Consortium, based at the University of Nebraska Medical Center. He obtained a M.S. in Molecular Medicine from Erasmus University Rotterdam, and a B.S. in Liberal Arts and Sciences from University College Utrecht, both based in the Netherlands. He also received pre-M.S. training in Biomedical Sciences from Leiden University, the Netherlands.

Dr. Beaudoin has published over a dozen of scientific articles in the areas of drug and bile acid transporters, pharmacokinetics, drug toxicity, genetics of alcoholic hepatitis, and other human diseases. He received various awards during his academic training, including a NIH F31 Predoctoral Individual National Research Service Grant Award from NIDDK. He has been invited to speak at scientific and educational conferences, including the FDA- and AASLD-sponsored Biannual DILI Meeting, the AAPS Drug Transporter Workshop, and the AACP Annual Meeting.