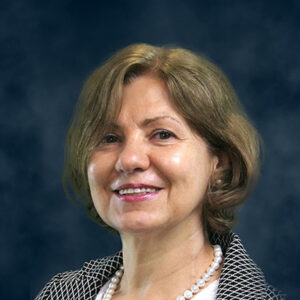 About Jasmina
Jasmina is a pharmacist by training, scientist and educator, with 20+ years of experience in the area of pharmaceutical research and development in both industrial and academic environments.

Jasmina joined Simulations Plus in April 2019 as a Principal Scientist. Prior that, she was employed by a Canadian generic pharmaceutical company, Apotex Inc. (April 2007-April 2019), and the University of Toronto (Ontario, Canada, October 2000- April 2007), where she conducted her research in pre-clinical testing of novel drug molecules as Post-doctoral Fellow (October 2000-January 2004) and a Research Associate (January 2004 – April 2007). In her industrial role, Jasmina conducted multidisciplinary research to support product development from the early stages through the life-cycle with particular focus on pre-formulation and PBPK modeling and simulations, oral drug absorption, In vitro-In vivo correlations (IVIVC), and clinically relevant specifications. In her current role at Simulations Plus Inc., Jasmina is supporting needs of various clients in the area of new drug development using PBPK/PBBM modeling and simulations.

Jasmina is a registered pharmacist in Ontario (Canada), holding PhD degrees in Analytical Chemistry (Charles University, Prague) and in Pharmaceutical Sciences (University of Belgrade). In addition to her role at Simulations Plus, Jasmina is teaching on a part-time basis pharmaceutical subjects (Introductory Course to Clinical Pharmacology, Seneca College, Toronto), serves as a volunteer member of USP Expert Committee for Chemical Medicines 1 (2015-current).

Jasmina is a mother of two young adults and in her free time she enjoys travel, ballroom dance, yoga, pilates, hiking, opera and theatre. 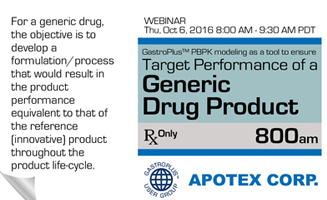