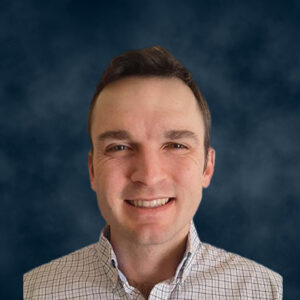 About Mathew
Matthew joined the DILIsym team at the start of 2022 as a software developer and quantitative system pharmacology/toxicology (QSP/T) modeler. He is currently assisting in converting the NAFLDsym platform from Matlab to Julia.

Matthew first delved into mathematical modeling in biology as a graduate student at North Carolina State University. He helped develop a pharmacokinetic/pharmacodynamic (PKPD) model characterizing intravenous lipid emulsion (ILE) therapy in response to local anesthetic systemic toxicity (LAST) induced by bupivacaine. After graduating, Matthew joined Applied Research Associates (ARA) as a developer on BioGears—a whole-body, physiological modeling and simulation engine. Among the many models he developed for BioGears over the course of three years, his favorite was an inflammation model with application to sepsis and burn pathophysiologies and treatments. He also enjoyed the chance to sharpen his C++, Python, and Qt/Qml skills while improving the BioGears API and graphical user interface. Following a one-year stint as an embedded software developer, Matthew came to his senses and jumped back into the quantitative biology field.

Matthew lives in Tucson, AZ with his wife and two young boys. When not playing cars—or watching Cars!—with his sons, he likes to play sand volleyball and cheer on the best college basketball team in the country (go Wildcats!).