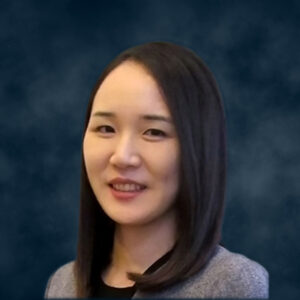 About Kyunghee
Dr. Yang’s has largely focused on the computational modeling of drug-induced liver injury (DILI) regarding interference of bile acid transport by hepatotoxic drugs.  Dr. Yang has also led efforts to predict the impact to biomarkers of liver health and function due to disruptions of hepatocyte biochemistry (e.g., transporter function).  Dr. Yang also utilizes DILIsym in proprietary projects to help evaluate DILI risk for sponsor compounds in clinical development.

Dr. Yang received her B.S. in pharmacy and M.S. in pharmacokinetics from Seoul National University, South Korea, and Ph.D. in Pharmaceutical Sciences from University of North Carolina at Chapel Hill. Her graduate research focused on defining the mechanisms of DILI involving the interactions in efflux of bile acids and drugs. As a result of her research, she earned numerous fellowship awards.

Dr. Yang has published scientific papers in the areas of drug metabolism and transport, regulation of drug metabolizing enzymes during pregnancy, and systems pharmacology modeling of DILI. She has been invited to speak at multiple scientific meetings including the FDA DILI Conference and ASCPT Annual Meeting.