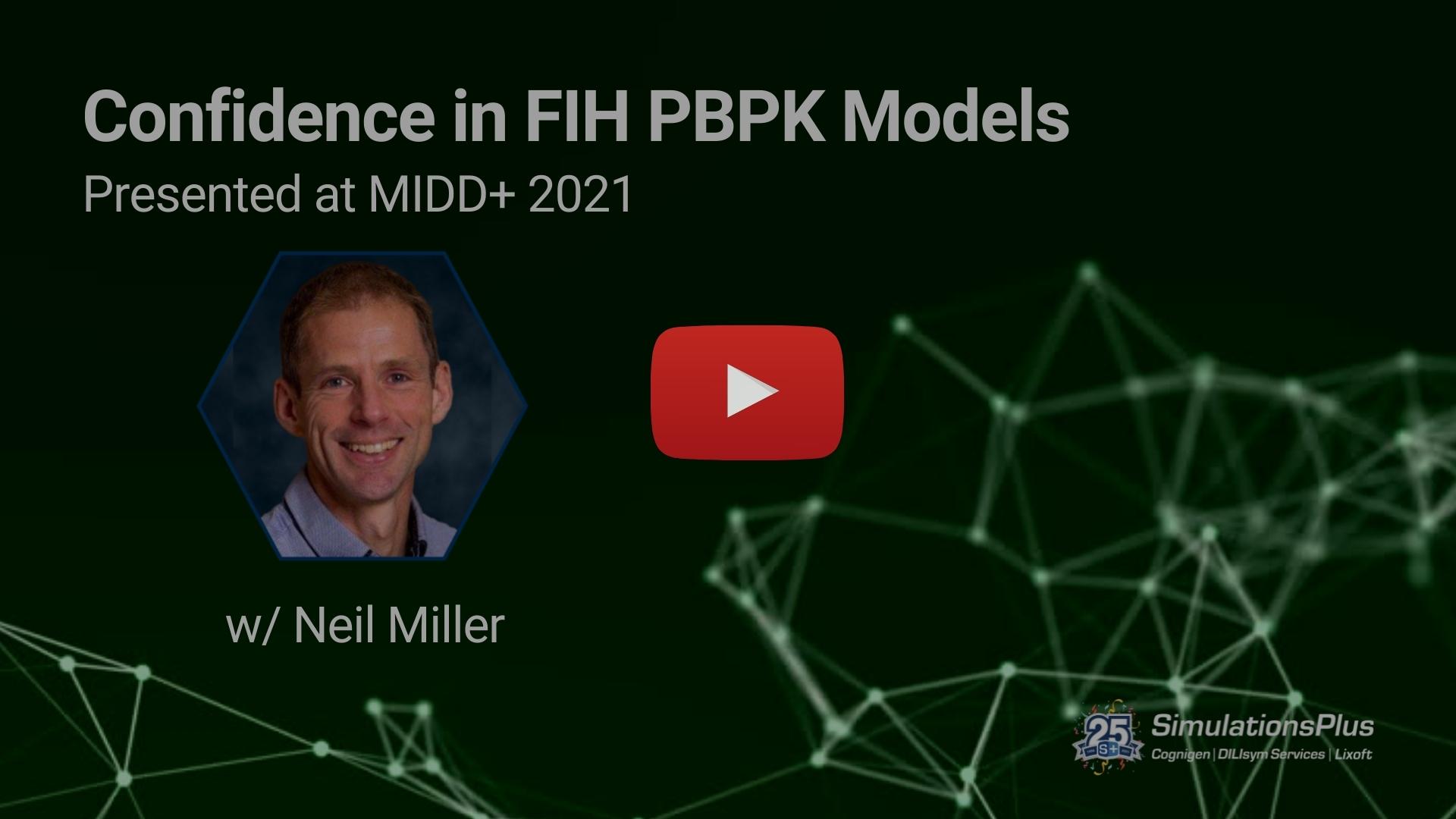 The countdown to MIDD+ 2022 continues!
Watch the video to hear Neil Miller discuss the importance of preclinical verification of a PBPK model in a First in Human PBPK prediction presented last year.
Sign up for Neil’s FIH workshop after the MIDD+ conference. 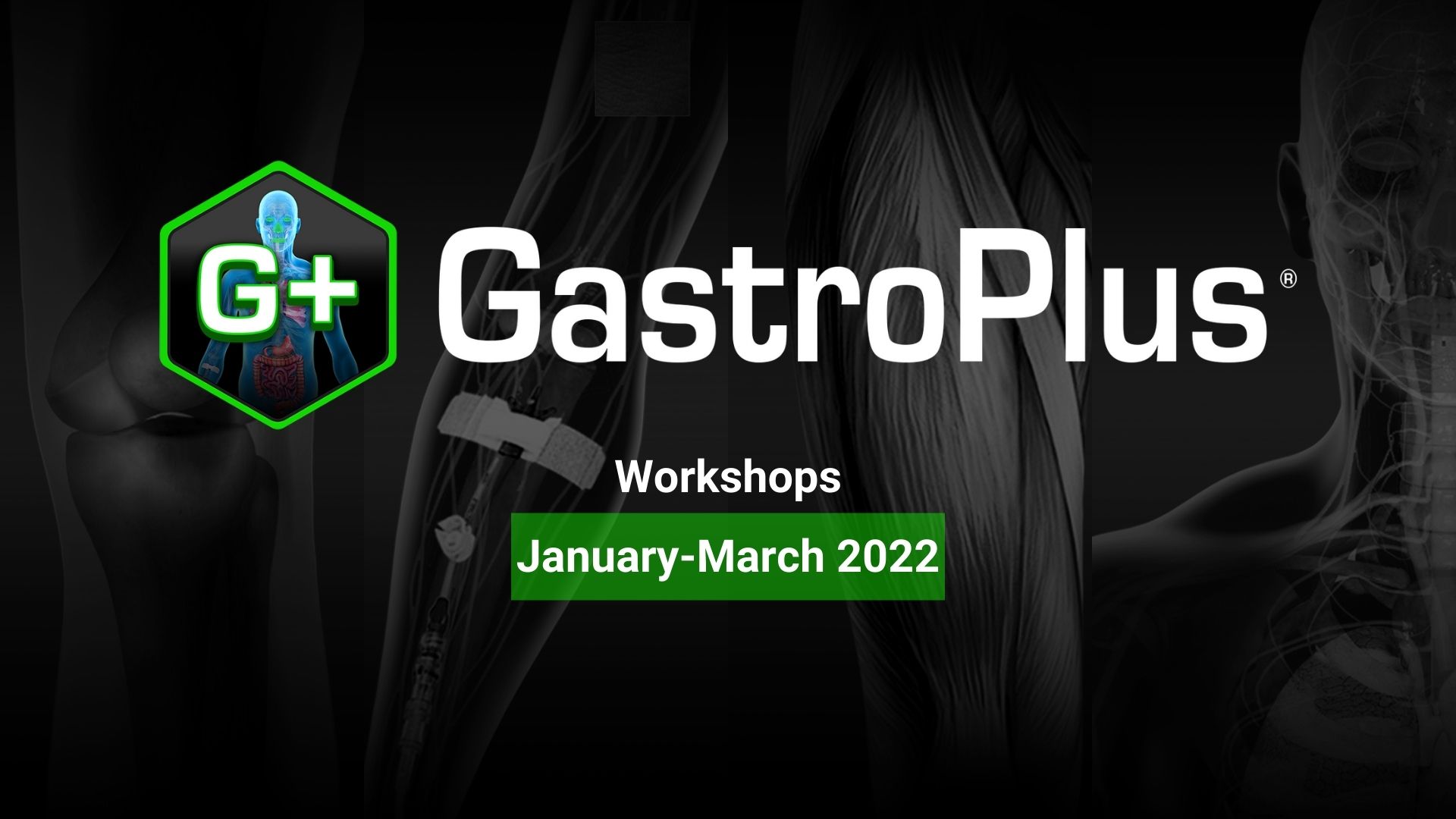 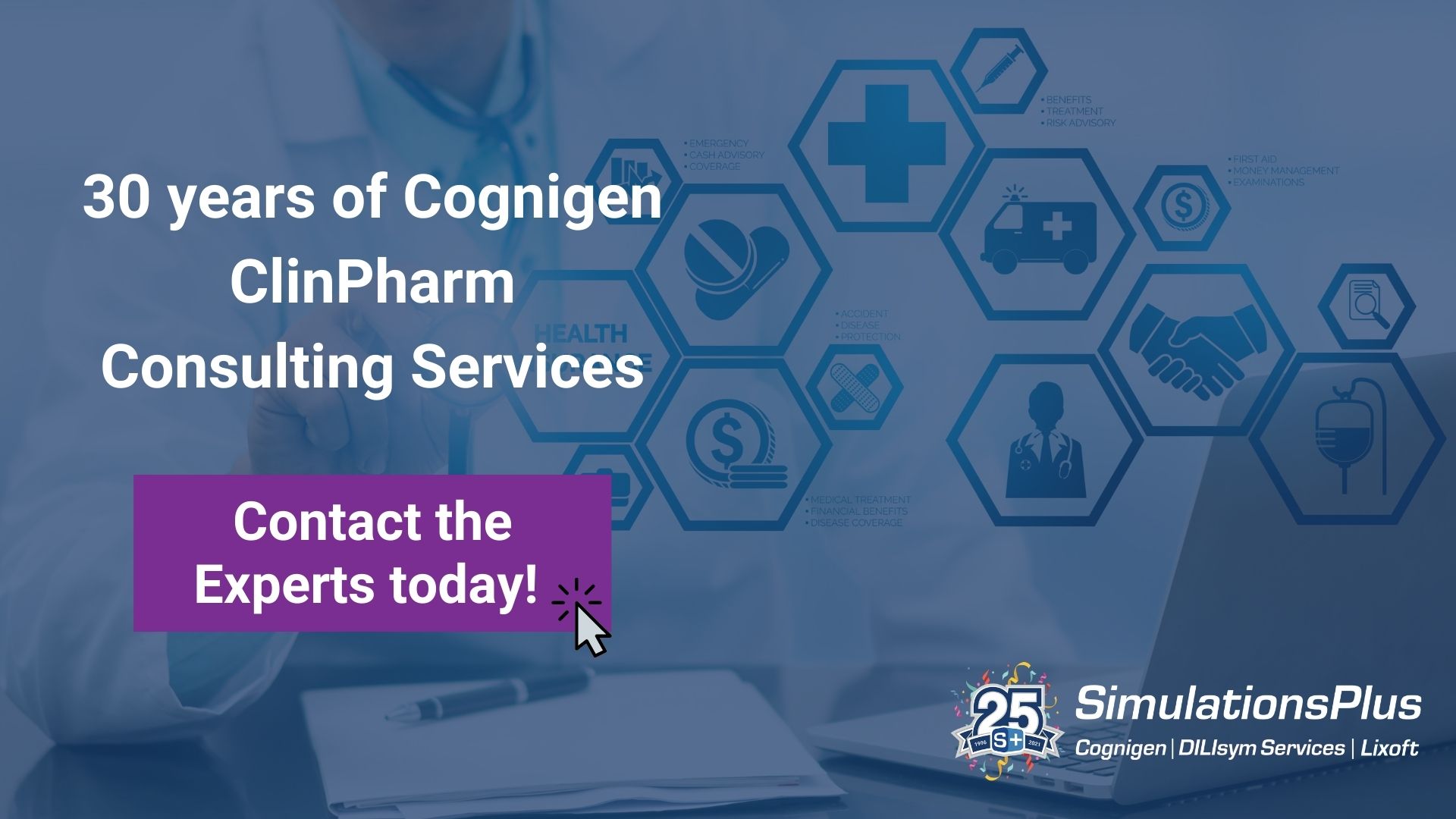 Early in the COVID-19 pandemic, Merck and the Cognigen division of Simulations Plus initiated a collaboration to support the accelerated development of molnupiravir, a ribonucleoside analog with broad-spectrum activity against many RNA viruses. Molnupiravir is co-developed by Merck and Ridgeback Biotherapeutics and received emergency use authorizations in several countries including the US and the UK in late 2021. Register for MIDD+ to hear live from Merck & Cognigen scientists about how modeling activities contributed to the development of molnupiravir, and supported faster access to the patients affected by COVID-19: 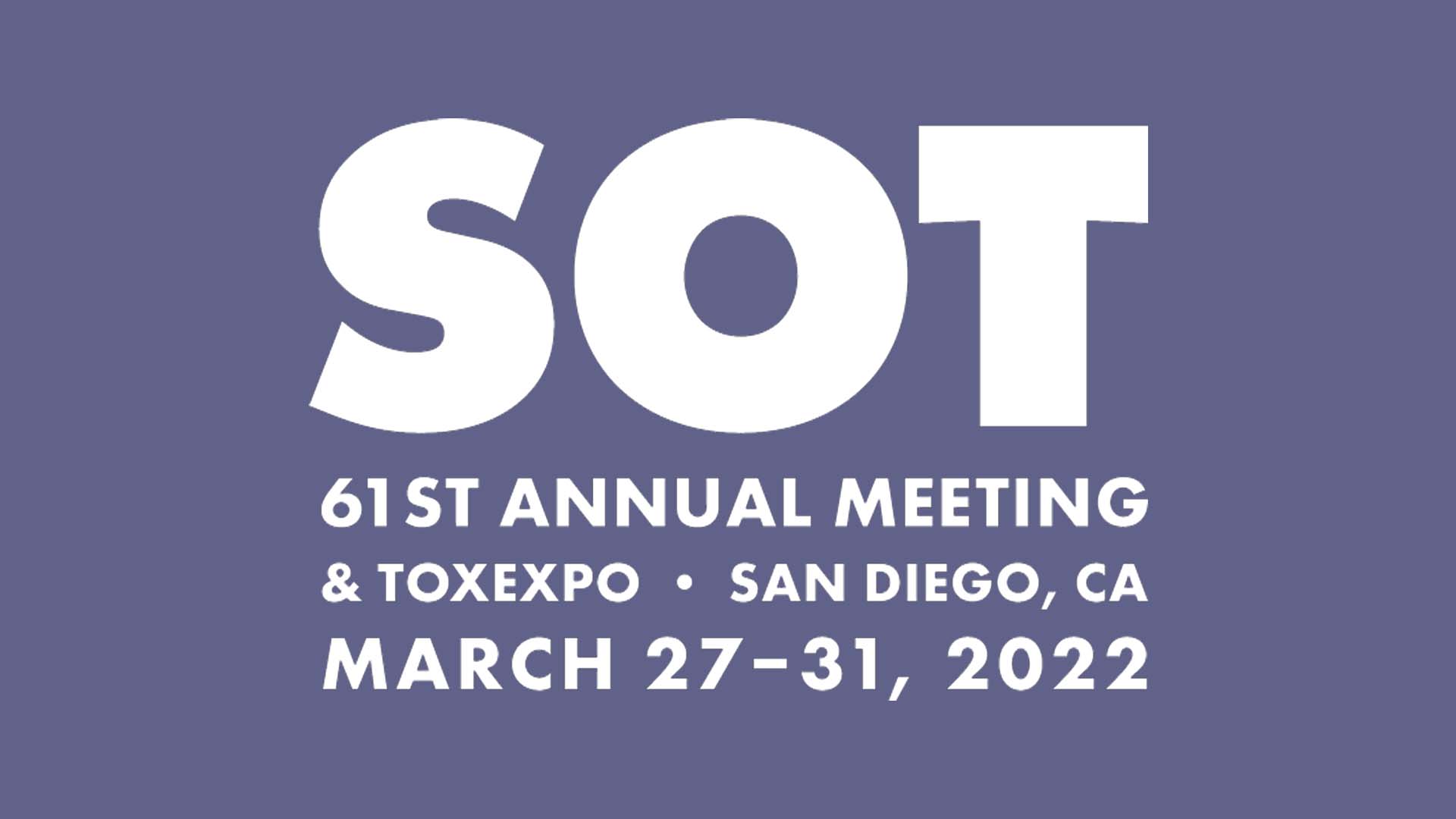 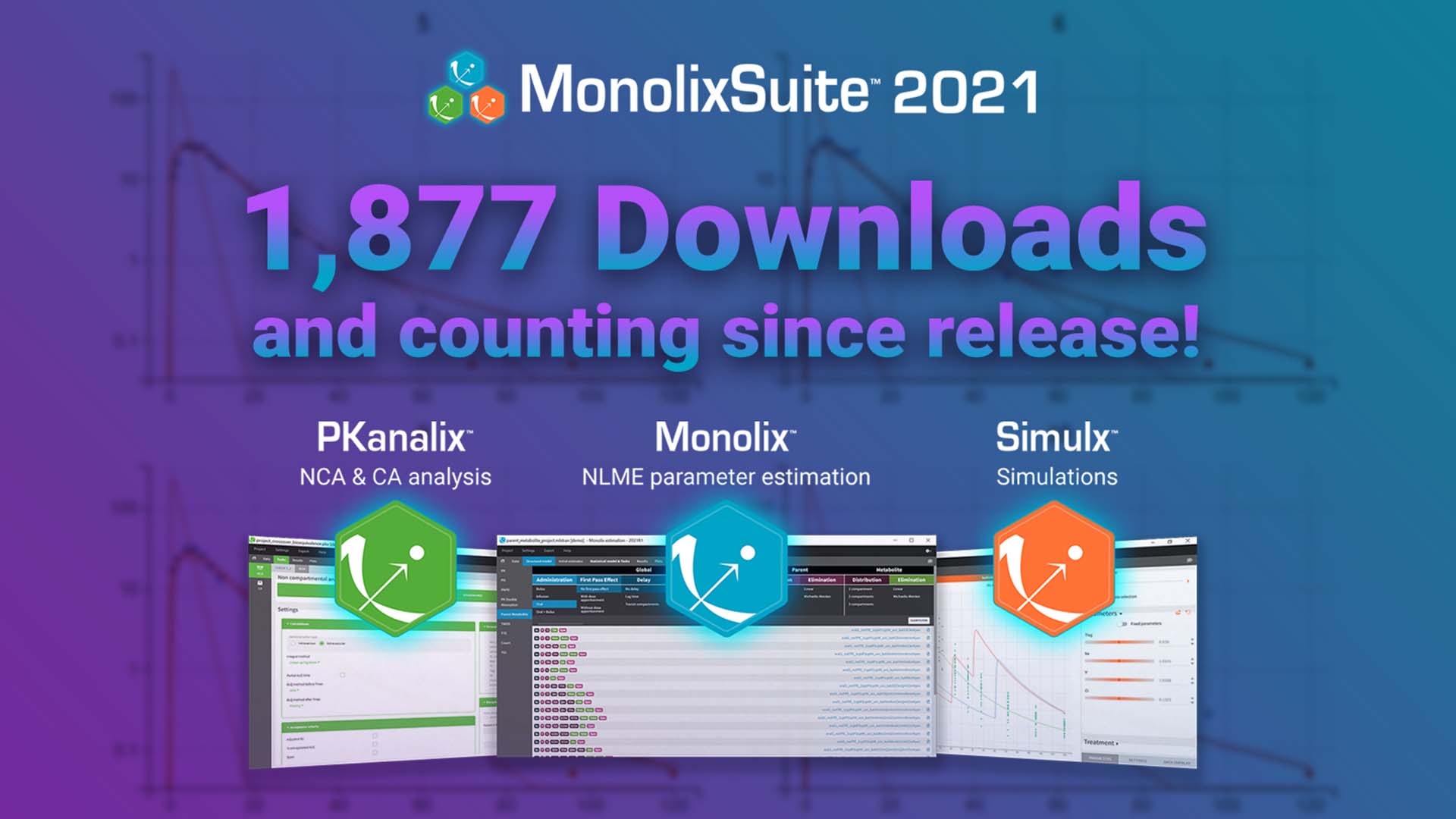 Will we see YOU there?

Join your peers at MIDD+ 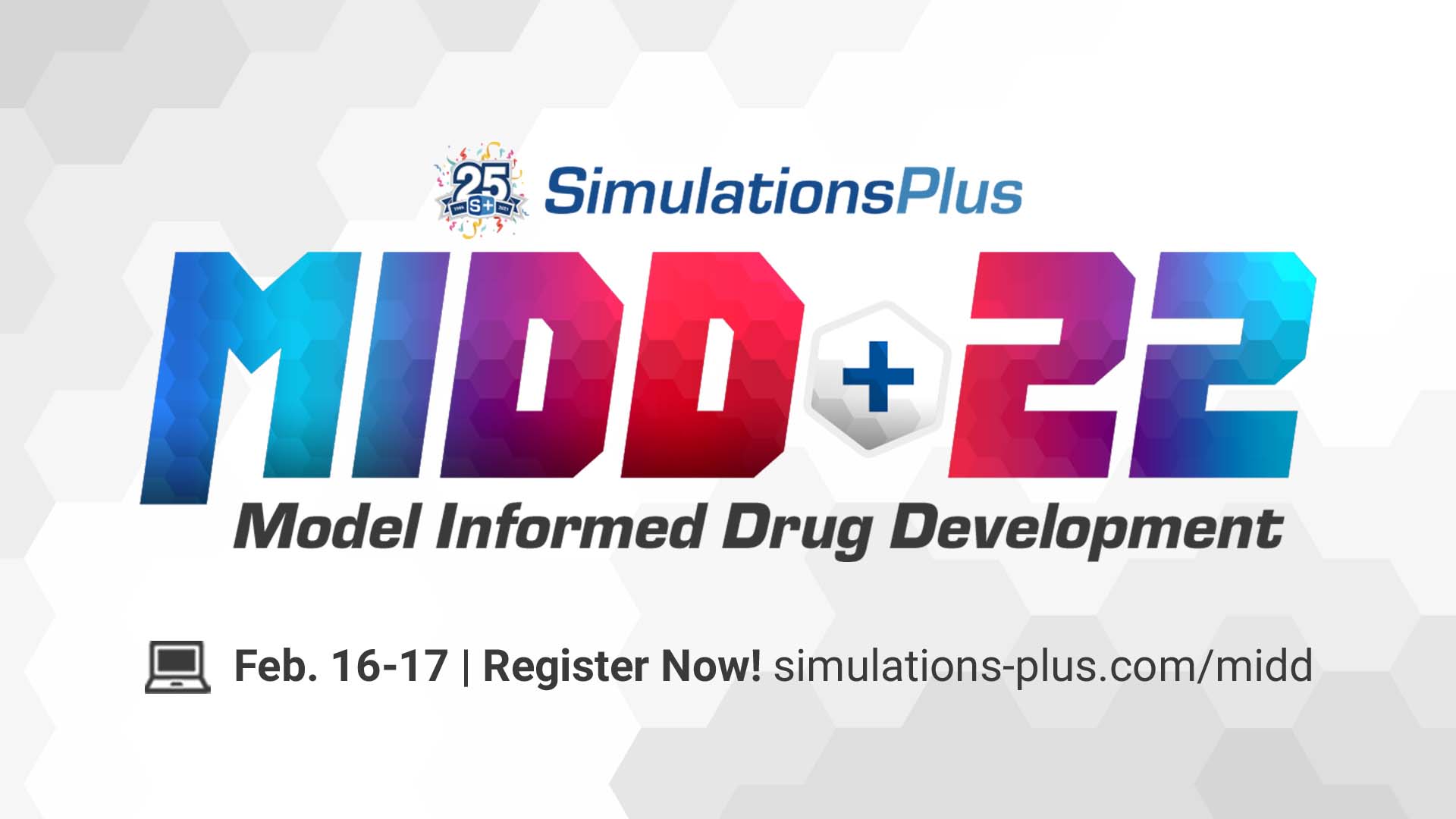