The Additional Dosage Routes Module in GastroPlus extends the program beyond the traditional oral and intravenous drug administration routes. With this module, you can simulate mechanistic absorption and disposition through dermal (topical and subcutaneous), intraoral (oral cavity), pulmonary (respiratory), ocular, intramuscular, and intraarticular routes. The long-acting injectable models can be utilized for subcutaneous, intramuscular, and NEW! intraarticular routes. These models were all developed in collaboration with the top 5 pharmaceutical companies and/or the U.S. FDA. The ability to predict concentration profiles in different regions of the skin, mouth, eye, lungs, nose, and muscle can help you: 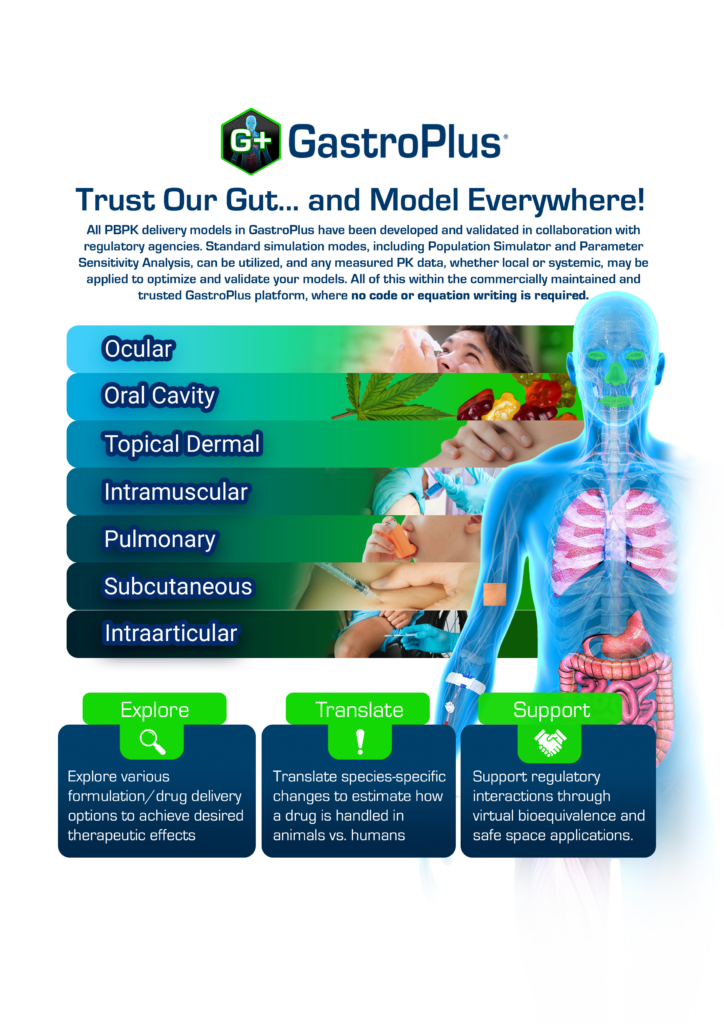 With the Additional Dosage Routes Module, simulating concentrations through these sites is managed through our easy-to-use interface. Mechanistic, physiologically-based models are provided for each tissue, for different species. You can also customize your own physiology by entering available information into the program. These models are linked with either compartmental or physiologically-based pharmacokinetics (PBPK) & physiologically based biopharmaceutics modeling (PBBM)  in GastroPlus, so you may predict your drug’s distribution and elimination once it enters into the systemic circulation.

For all of these PBPK delivery models, standard GastroPlus features, including the Population Simulator and Parameter Sensitivity Analysis, can be utilized. Plus, load measured in vivo PK data, for local tissues, to optimize and validate your models. And, finally, as with other GastroPlus modules, there is no equation or code writing required. 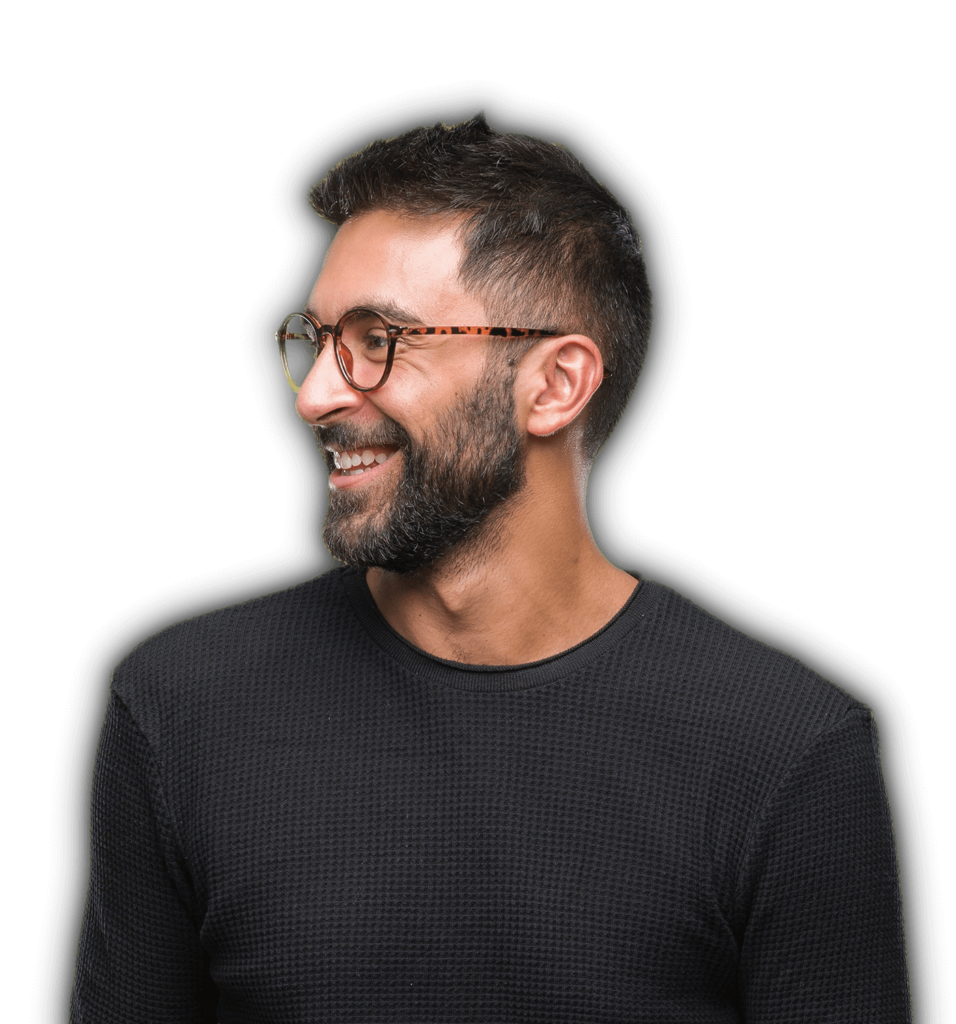 Development of generic formulations of ophthalmic corticosteroids and regulatory acceptance of bioequivalence can be facilitated by analysis of the mechanisms of ocular dissolution, absorption...

To fit an absorption-pharmacokinetic model for simulation of tobramycin in adult and pediatric populations. Tobramycin pulmonary absorption and pharmacokinetics were simulated using GastroPlus™.

To predict midazolam absorption and pharmacokinetics (PK) after intranasal (i.n.) administration in young children. The absorption and PK of midazolam were simulated using GastroPlus™. The program’s…

Intraoral (IO) delivery is an alternative administration route to deliver a drug substance via the mouth that provides several advantages over conventional oral dosage forms.

The current work describes the simulation of capreomycin pharmacokinetics (PK) after IV and pulmonary administration. Capreomycin is an antibiotic used to treat tuberculosis. It is eliminated mainly by...